Share a memory
Obituary & Services
Tribute Wall
Read more about the life story of Charles and share your memory.

Charles Joseph Nolker, Sr., better known as “Crazy Charlie” of which his son-in-law coined him, finally stopped bugging everybody on January 16, 2023. Right to the end, he did his best to argue and debate his love and loyalty of all things Pittsburgh. The only thing that topped his love of the Steelers was his affection for his Jack Russells who were his “FAVORITE CHILDREN.” Chuck was born on August 20, 1945 in Curtisville, Pennsylvania to a German father and Italian mother/combination of sauerkraut and spicy meatballs. This union resulted in the unique and fiery man who we all came to know as Charlie/Chuck/Chuddy/Chaz/Chuckie/Chuckster. In his younger years, he was a talented football player who received a scholarship to play at Colorado State, but stupidly chose LOVE over sports. Darlene Fox began putting up with him when they married on August 10, 1963.

Chuck was a jack of all trades who went on to focus his dedication to carpentry and drywall becoming a member of the Carpenter’s Union and moving to Ohio. He then took a risk moving to the Outer Banks, starting his own successful business named Outer Banks Building and Supply Company, Inc in Kill Devil Hills, North Carolina. He ran his business from 1989 to 2009 despite having a massive brain stem stroke in 2005 twenty minutes shy of walking his youngest daughter down the aisle at the Luxor Hotel in Las Vegas, Nevada (he had to be the star of the show and in the spotlight whenever he got the chance).

Chuck later relocated to Eastern North Carolina so he could have easy access to Duke’s Mayonnaise (NOT! He would eat nothing but Hellmann’s). He moved to be closer to his youngest granddaughter Bailee and purposefully irritated her with his repetitive Wonder Bar softball escapades.

Chuck will be deeply missed and remembered by his wife of 60 years, Darlene; his son Joe (Paula) Nolker; his daughters Jennifer Nolker and Dorinda (Mike) Allen; his grandchildren Joey Nolker, Wyatt Nolker, Noelle Nolker; Brianna and Kayla Etheridge; and Bailee Allen; as well as great-grandchildren Zachary and Alex Nolker, and Landon Nolker.

Chuck was preceded in death by his parents Clarence and America Mary, as well as numerous other family members, friends, and pets. We know they were there to welcome him at heaven’s gate with a Tom Brady t-shirt to start his heavenly journey with a Bang! Chuck will be laid to rest in Deer Creek Cemetery in Cheswick, Pennsylvania near his parents and Aunts and Uncles.

No service will be held at this time.

To send flowers to the family or plant a tree in memory of Charles Joseph Nolker, Sr., please visit our floral store. 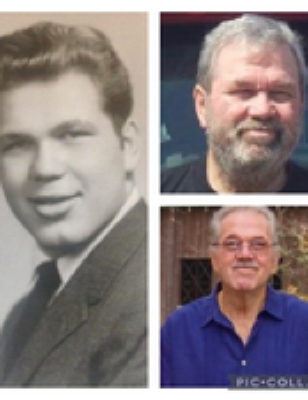 Family and friends are coming together online to create a special keepsake. Every memory left on the online obituary will be automatically included in the book.

You can still show your support by sending flowers directly to the family, or by planting a memorial tree in the memory of Charles Joseph Nolker, Sr.
SHARE OBITUARY
© 2023 Carlisle Funeral Home. All Rights Reserved. Funeral Home website by CFS & TA | Terms of Use | Privacy Policy | Accessibility