Share a memory
Obituary & Services
Tribute Wall
Read more about the life story of David and share your memory.

David Francis Worsley passed away peacefully, surrounded by his loving family in Wilmington, NC on Friday, January 20, 2023 at the age of 83.

David was born on November 15, 1939 in Oak City, NC to Francis and Dorothy Worsley. He worked on the family farm until he graduated from Oak City High School in 1958. During his years at Oak City High, David was a star basketball player who made the all-county team. He married Kaye Hathaway, his high school sweetheart in 1959. David attended college at NC State University, majoring in agriculture & business, graduating in 1963. He spent most of his professional career with Nationwide Insurance in Raleigh, first as an underwriter, and the last 30 years as an agent. He took pride in his agency and always had his customer’s best interests at heart. During that time, David and Kaye welcomed three children, Dave Jr, Mike, and Susan into their home. Following his retirement from Nationwide in 2003, he and Kaye split time between Raleigh and Wilmington before making Wilmington their permanent home.

David will be remembered as a man with a strong foundation of honesty, integrity, and doing the right thing. He was a loving father and husband who always provided for his family, as well as a supportive brother, nurturing grandfather, and friend who was loved and admired by all who met him. David loved working with wood, building multiple decks, gazebos, and other wood structures over the years. He enjoyed playing golf, and he and Kaye went on countless cruises. David was also an avid supporter and season ticket holder for football and basketball at his alma mater NC State. Once he retired, David watched almost every game of his beloved Boston Red Sox, often making trips to Fenway Park to see games live. All his life, David has been a faithful servant of God, and a second father to so many. He served for many years as a member of the Garner Optimist Club. David was also a dedicated charter member of Saint Andrews United Methodist Church in Raleigh, NC, where he served on many committees, including church master planning, and later served as the church historian on Homecoming Sunday each year. After moving to Wilmington full time, David and Kaye attended Wrightsville United Methodist Church, where David re-dedicated his faith through baptism in 2021. David’s family rejoices in the fact he is now with his Lord and Savior Jesus Christ and reunited with Kaye.

A visitation will be held on Thursday, January 26 from 5-7 pm at Carlisle Funeral Home, 701 Hospital Drive, Tarboro, NC. A memorial service will be held on Friday, January 27, 2:00 pm at the Oak City Christian Church, 310 Commerce Street, Oak City, NC, with a reception preceding at 1:00pm in the Fellowship Hall. A graveside service will immediately follow at Oak City Cemetery.

To send flowers to the family or plant a tree in memory of David Francis Worsley, Sr., please visit our floral store. 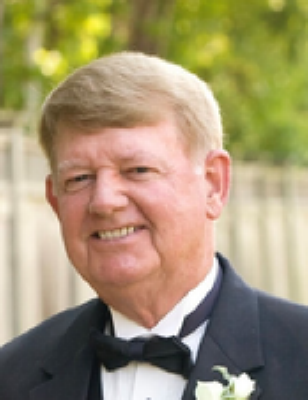